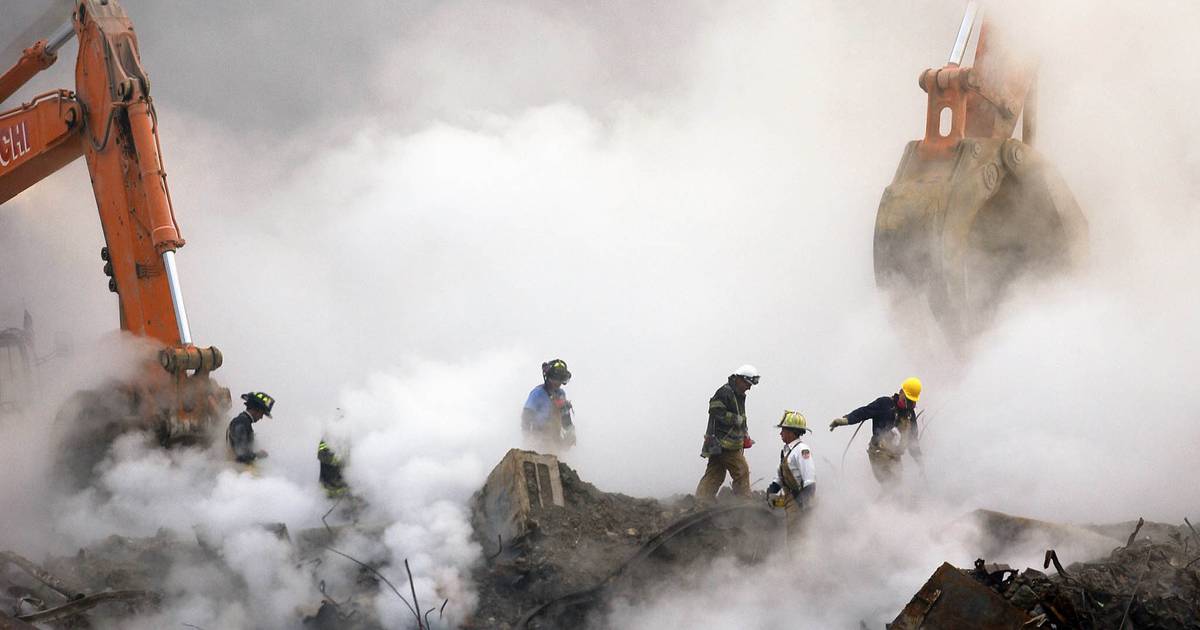 According to the American Cancer Society, nearly 290,000 new cases of invasive breast cancer are diagnosed each year. Like me, I’m sure you can name an aunt, friend, sister, roommate or mother who had it or currently has it. It is the most common cancer in women in the United States, affecting one in eight women.

In March, I became one of eight. After a yearly mammogram, I was diagnosed with stage 1 ductile carcinoma. It’s the most common and treatable breast cancer, and thanks to my early detection, I’m in good shape for a good outcome.

But for me, a 43-year-old woman with two children, the diagnosis was – and still is – a shock.

I grew up in the shadow of my paternal grandmother’s breast cancer, a diagnosis she received at age 48, in 1982, before there were genetic tests or many more treatment options. of mastectomy. She beat this cancer and didn’t spend much time in my life publicly worrying about her coming back.

“What will happen will happen,” she often told me, and she was right: her cancer didn’t return until almost 40 years later in her womb, and ended up taking her life three years ago, so that she was 84 years old.

Yet, with its decades-long achievement in hand, I spent much of my life subconsciously worrying about breast cancer, and all cancers, really. I did all the “right things” to avoid it: I exercise five times a week, I don’t smoke. I am a healthy weight, eat well and am not a heavy drinker. I go for routine checkups because I am proactive and believe in taking care of myself.

The American Cancer Society recommends women start screening at age 45, but women between the ages of 40 and 44 can choose to do it earlier. I started screening when I was 40, because I thought you couldn’t be too careful. Like many women, I have dense breasts. This made me insist on an ultrasound (ultrasound) to accompany the mammogram, even though my insurance company doesn’t like to pay for it.

So in February, as I had the previous two years, I went for a mammogram and an ultrasound.

The mammogram revealed no abnormalities. But the ultrasound did, and that ultrasound that no one likes to allow might just have saved my life.

What happened next is somewhat hazy: I was told to do a biopsy, which was almost impossible to schedule. I couldn’t get an appointment for two months and tried five different places. Everyone told me: “We are booked until June” or “We only have one technician”.

The pandemic has done our collective health a disservice, claiming a million deaths from COVID and exhausting our medical professionals to the point of no return.

People have gone back to the doctor and the procedures they put off are piling up. Conditions that could have been treated early now require more attention, and there is little wiggle room for patients with new conditions. After 10 days of trying to get an immediate appointment anywhere, I was in full blown panic mode. I started calling places in New Jersey when I was offered a last minute appointment for a biopsy nearly three weeks after I started my research. This visit led to a horrible phone call.

“Amanda, unfortunately your tumor is cancerous.”

A few days later, as I sat in the surgeon’s office, I still had trouble registering that sentence. She discussed treatment options; my husband and I cried.

Breast cancer mainly occurs in middle-aged and older women. My doctor’s first question was: What have you been exposed to? She cared little about my grandmother’s diagnosis because she was BRCA negative, meaning she didn’t carry the gene that indicates a marker for certain cancers.

The doctor went through the list of common carcinogenic exposures. When she asked me if I had ever lived and worked near the World Trade Center site, her face contorted when I said yes.

“It makes sense,” she said. “We have seen an increase in the number of patients like you over the past year. Are you enrolled in the WTC Health Program? »

When I said no, she told me to register immediately and connected me with a social worker to help me navigate the process.

I have spoken long and often about my experience of 9/11.

I responded that day, and hundreds more days after, because my first role as a reporter was producing segments for a show about the city’s post-9/11 rebuilding efforts. If it was WTC related, I was on it, or I knew about it. I spent time at St. Paul’s Chapel, the family room, Lower Manhattan Development Corp meetings. I bragged (and still do) about being a vessel for victims who couldn’t speak for themselves. And I have become an ally to families and first responders who have struggled to move on, to rebuild a site sacred to so many.

But in all my years on the cover—even later, reporting extensively on the inevitable health effects of that dust and debris—I had never signed up for the health program. I guess that sounded like something to first responders, and not to me. But I should have, because the program is FOR people like me who spent time downtown in the days and months after the attacks.

It’s strange to find myself in a story I’ve talked about in the news. It’s even weirder to accept that cancer, certified by the WTC Health Program, was the result of the work I did so early in my career, work that defined who I am and what kind of journalist I wanted. be.

It’s also extremely coincidental that I now work for the fire department as a press officer. In the year that has passed since I have held this position, I have seen report after report of members dying of 9/11-related illnesses, statistics that have always saddened me but made me also scared to death. But there is comfort in being here, for this time in my life, among so many caring and knowing eyes. In the midst of people who understand exactly what I’m going through, and from whom I don’t have to hide my pain, and my grief. For whom the shape of 9/11 has changed in two decades, but its heart is still the same: grief.

Of the roughly 110,000 members of the World Trade Center health program, about 79,000 are responders. This category includes FDNY, as well as others, like me, whose exposure was due to work being done on or near the site. Just over 31,000 people are listed as survivors.

Despite everything I’ve learned about the program over the years, reaching out to him as a potential participant was still surreal. Thanks to the help of excellent social workers, I was able to expedite my request before a scheduled surgery. My cancer was certified as 9/11 related just weeks after I applied, opening a door of health coverage and support that has been both overwhelming and reassuring.

Breast cancers were certified by the program as an approved 9/11-related cancer in 2013. It took a diagnosis of breast cancer in a man to allow similar coverage for female survivors and responders. Since then, breast cancer has been the most common cancer among women participating in the program, with approximately 2,000 diagnoses to date.

My cancer journey has only just begun and I am terrified. My breath was taken away, honestly. I feel like I have so many words, and then nothing. Overwhelmingly, I am aware that I am lucky: my early intervention will save my life; to plead for myself will lead to a good result. But in this regard, I am not typical.

Health issues aside, there are a lot of things that trouble me about this experience.

Days of the week

Find the five best stories of the day every afternoon of the week.

My cancer was not visible in a mammogram; If I hadn’t asked my doctor for an ultrasound prescription and been given one, I would be walking around today thinking I was fine. An oncology nurse told me that she believed dense breasts, like family history, should be considered a high-risk marker for a woman’s likelihood of developing breast cancer. It’s time to do it obligatory that anyone with dense breasts gets a sonogram/ultrasound without asking or insisting. Early detection is paramount.

Second, it shouldn’t be that hard to get an appointment prescribed by a doctor. It’s not plastic surgery; it’s cancer. I’ve heard horror stories of people waiting months for appointments, desperately calling everyone they know for help finding a doctor. It’s outrageous that our healthcare system forces you to play the game of who you know when it comes to treatment plans. People’s lives are at stake. In this waiting space, tidal waves of paralyzing anxiety creep in; I cried asking for a date on more than one occasion.

If you can’t get an appointment quickly, be boring. Involve your attending physician on your behalf. Call the office of the specialist you are trying to make an appointment with and speak to a nurse and an office manager. Explain that it is urgent. Ask to be added to a cancellation list. Be flexible to drop everything if called with last minute availability.

It’s only been a few months, and sadly, I’ve already learned more than I ever wanted to know about navigating cancer. It was the toughest mental challenge of my life. Fear is debilitating. I’m learning to be present and positive and to accept what I can’t control.

Finally — and this is really the most important thing — I implore you, especially if you’re a journalist like me: if you’re not enrolled in the health program and you were at the World Trade Center site on 9/11 or every day in the following months… what are you waiting for? The federally funded program is here to help. And believe me, if you are diagnosed with cancer, you will need help.

Farinacci, a former NY1 reporter, is a press secretary for the New York Fire Department.

An expert discusses new specialty drugs that are in the pipeline