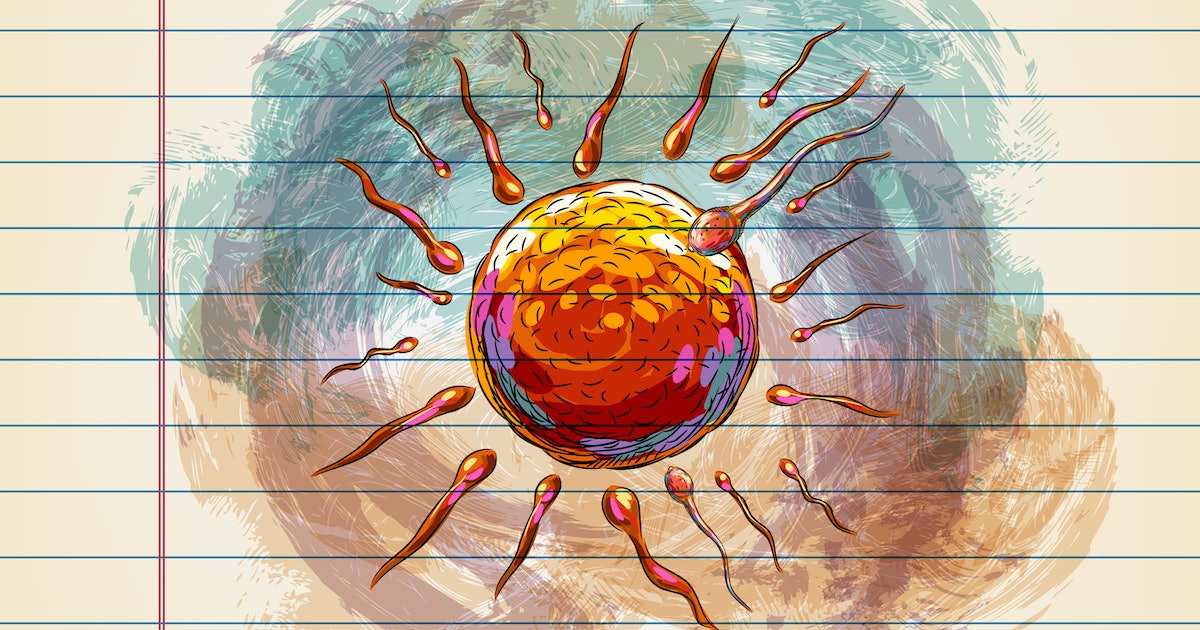 Women have a variety of birth control methods, but only two methods are commonly available to men: condoms and vasectomy. Both methods have their drawbacks.

Condoms can break and some men are allergic to latex in standard condoms. Vasectomies are surgical procedures that can be painful and difficult to reverse.

Thus, the search for alternative male contraceptive options continues, and one method currently under investigation is nanocontraception.

Nanocontraception is based on the idea that nanoparticles – here, about 100 nanometers in diameter, or about one thousandth the width of a piece of paper or a strand of human hair – can somehow another to be delivered to the testicles, where they can be warmed.

If you could warm up the testicles a bit, you would have a way to turn sperm production on and off at will, because the warmer they get, the less fertile they become. But it’s a delicate process because the testicles can be irreversibly destroyed if they get too hot; the tissue dies and can no longer produce sperm, even when the testicles return to their normal temperature.

The use of nanotechnology to warm the testicles was first studied in 2013 in mice by biologist Fei Sun and his multidisciplinary research team. His first experiments involved injecting nanoparticles directly into the testicles of mice. These nanoparticles were long nanorods (or nanocylinders) of gold atoms – imagine a tube 120 gold atoms long with a diameter of 30 gold atoms – covered with a few long chains of polymer on their surface. They looked like oblong bacteria with hair sticking out.

The radiation caused heat damage to the skin surrounding the mice’s testicles, so it was assumed that this procedure was painful for the animals, even though there was no reliable way to measure their pain. The researchers decided to look for other ways to inject the nanoparticles.

In July 2021, Sun’s team published an article about their latest findings. The new method’s nanorods are made of magnetic iron oxide instead of gold, and they’re coated with citric acid instead of ethylene glycol – but they’re the same size and shape as previous nanorods.

These magnetic nanoparticles were injected into the veins of mice, then the animals were anesthetized. A magnet was then placed next to their testicles for four hours, attracting the nanoparticles there.

This procedure – injection followed by magnetic targeting – was performed daily for one to four days.

After the last day of treatment, an electric coil was wound around the testicles, through which a current was passed. This induced a magnetic field that heated the nanorods and, therefore, the testicles. Similar temperature increases – from a baseline of 29 degrees Celsius (84 degrees Fahrenheit) to between 37 and 42 degrees Celsius (99 to 108 degrees Fahrenheit) – have been observed using this method. The more nanorods injected into a mouse, the warmer its testicles became.

Warmer testicles caused them to atrophy and shrink, but showed gradual recovery 30 and 60 days after treatment as long as testicular temperature did not reach 45 degrees Celsius (115 degrees Fahrenheit). Fertility was down seven days after treatment – in some cases fertility was completely eliminated – but also showed a gradual (but not complete) recovery after 60 days.

Although fertility did not return to normal levels, there was no noticeable difference in litter size of females impregnated with treated mice, and no morphological defects were observed in the pups. There seemed to be no difference in the sperm that passed.

And Sun and his colleagues found that unlike the gold nanorods that remained in the testicles of mice indefinitely, the iron nanorods were gradually cleared in the liver and spleen and then completely eliminated from the body. This reduced the risk of long-term toxicity.

The cost and irreversibility of surgical castration lead many pet owners to seek alternative methods of contraception. The nanocontraception is ready for use on pets, Sun says, adding that this method is already being used on cats in China.

Surgical castration is less popular in Europe than in North America, so nanocontraception may be of greater interest there, says David Powell, director of the Center for Reproductive Management at the Association of Zoos and Aquariums in St. Louis. , Mo.

He adds that contraception is generally not used with farm animals like sheep and cows. “They’re raised for food and slaughter, so the agriculture industry doesn’t do much, if any, research into animal contraception.”

“Zoos are a very small market, so pharmaceutical companies don’t have much incentive to make animal contraceptives,” Powell says. But some of them do, and the Center for Reproductive Management collects data to assess how contraceptives work on different species.

Nanocontraception could one day be part of zoos’ reproductive toolbox. But before that happens, Powell says, more studies should establish how painful it is and in what species iron nanorods can be used. Research has indicated that some mammals – such as rhinos, lemurs and dolphins – may accumulate iron, which can be toxic in higher amounts.

A potential advantage of nanocontraception is its reversibility, as zoos often try to precisely time reproductive events on animal life cycles. But just how reversible it is requires further study. All of Sun’s experiments treated mice only once; they were never subjected to a second injection of nanoparticles after the healing of their testicles.

Sun’s ultimate goal is human contraception, though he admits that’s still a long way off. As with zoo animals, further studies will be needed to establish that nanocontraception is not toxic to humans. It is also more difficult to put a man under anesthesia for four hours and wrap an electric coil around his testicles than to do the same on a mouse. Instead, Sun hopes to be able to administer the magnetic nanorods orally and find another way to direct them to the testicles.

And it’s unclear how many men will be comfortable with shrunken testicles, even if they return to their original size over time.

Until then, better get those condoms out.

This article was originally published on The conversation by Jeffrey Mo at the University of Toronto. Read the original article here.

The ‘Señorita 89’ series explores the ugly side of beauty pageants