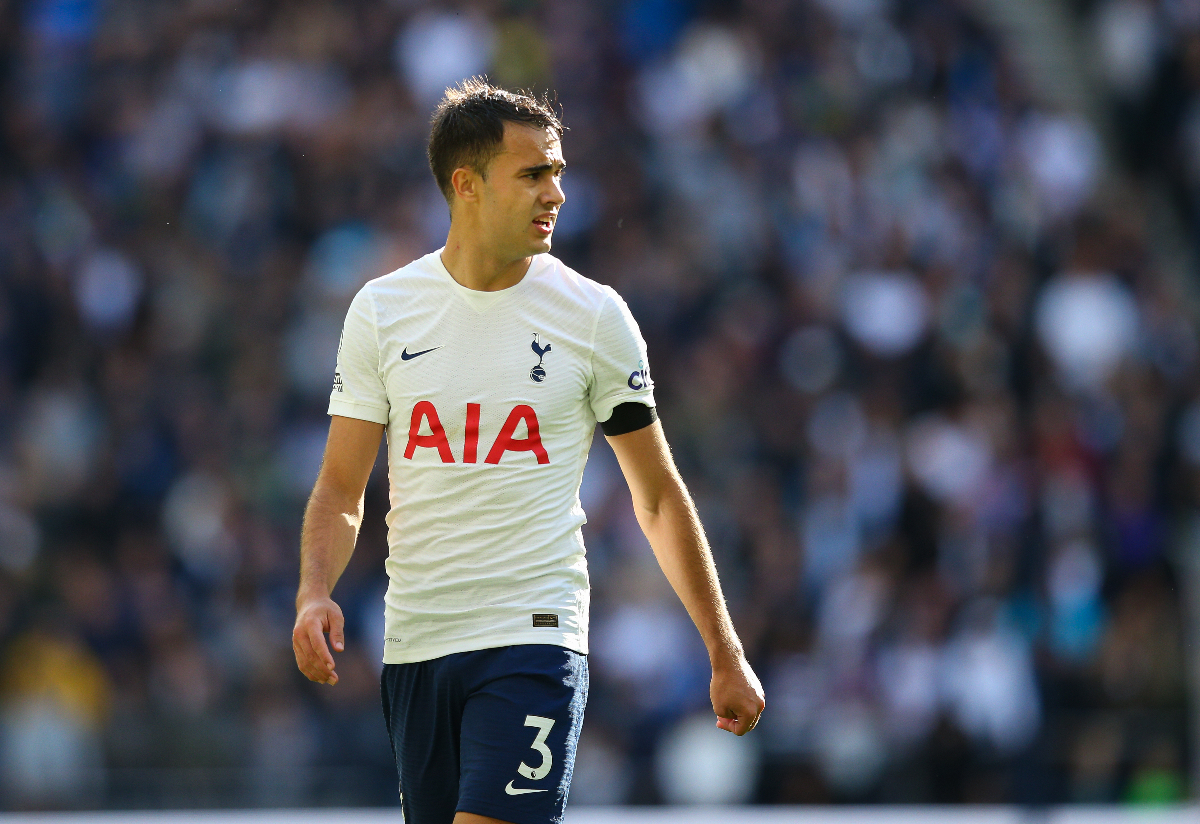 Tottenham defender Sergio Reguilon may need surgery at the end of the season to correct a groin problem.

That’s the view of injury expert Ben Dinnery, who leads the First order injuries site and has a background in medicine and data analysis.

Reguilon, 25, was benched for Spurs’ 0-0 draw with Brentford on April 23 and missed Leicester City completely yesterday (May 1).

As quoted by club media Ahead of the game, Antonio Conte said the left-back was suffering from ‘groin pain’ and it was ‘important to find a solution’.

Dinnery claimed the Spaniard could be patched up until the end of the campaign and then go under the knife.

“Players at this stage of the season are going to have little knocks and trouble,” he said Football Insiderit’s Adam Williams.

“The prevalence of groin pain is high due to the dynamic nature of sport.

“It is extremely important to try to find a solution. That could mean managing it conservatively until the summer.

“That way, any procedure that might be needed can be done over the summer.

“Given they’ve already lost Matt Doherty, they might just need to make him available as a back-up if needed.”

This site revealed last Thursday (April 28) that Tottenham will listen to offers for Reguilon this summer.

Oliver Skipp, Matt Doherty and Japhet Tanganga are also ruled out for Spurs, who are two points off the top four with four games to go.

In other news, an expert says ‘abysmal’ the outgoing Tottenham chief ‘good riddance’ after confirmed news.