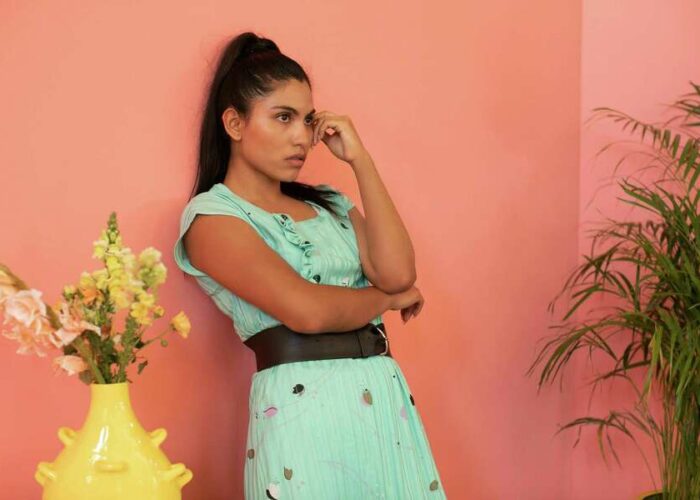 The ‘Señorita 89’ series explores the ugly side of beauty pageants

Beauty contests are always big business all over the world. And they are especially popular in Latin America.

Families, from grandparents to young children, still gather around the TV to see who takes the crown. Winners of the title are treated like A-list celebrities. “Nuestra Belleza Latina”, a reality beauty contest, is one of the most popular programs on the Univision network. It ran for a dozen seasons, with the winner decided by public vote.

“Señorita 89” looks beyond the glitter to the darker side of what it means to be beautiful. The eight-episode political thriller premiered last month on Pantaya, a Spanish-language streaming service. It centers on 32 finalists who move into a lavish ranch to prepare for the Miss Mexico pageant and their mysterious matriarch.

“There is not just one story here. There are many of them, from candidates to officials. All the characters have valid perspectives,” says Coty Camacho, who plays Miss Oaxaca.

In the first episode, we see the contestants endure criticism over everything from their weight to their smiles. One even undergoes plastic surgery in a secret operating room. Camacho and Natasha Dupeyrón, who plays Miss Yucatan, spoke about the series and the danger of beauty pageants.

Q: Why did this series appeal to you?

Episodes 1-4 are now streaming on Pantaya

Natasha: Starting with the story, when I read the script, I said, “I love it. It’s so well written. It has interesting characters, strong women. I fell in love with my character from the first scene.

Quoted : Yeah, I think reading the script and my character’s story really made me want to be a part of it. Also knowing that I would be sharing the stage with wonderful actresses. I had to be part of this project.

Q: Who are these women you portray on the show?

Quoted : Angeles, Miss Oaxaca, is a southern woman facing a lot of violence. She is a woman who at first had the illusion of finding a new paradigm by taking part in this competition, of being able to save her family, of giving her son a chance. She knows she has to lie to enter this contest. She’s a single mother and she knows very well that beauty pageants require you to be practically a virgin. Being a ‘senorita’ and not having children because it changes your body. It changes this image that people always want to sell us of a perfect woman.

Natasha: Isabel is a woman who knows very clearly what she wants. She thinks that if she enters and wins this contest, what she will get is freedom. It’s what she wants the most. She knows that if she stays in Merida (her family) will marry her, they will turn her into a mother, even if she is not ready. They will prevent him from dreaming, from having a job. She discovers that this competition is not as beautiful as it was painted. But she doesn’t care and decides to play instead of returning to her family.

Q: Were you into pageants, and did that change your opinion about them?

Natasha: I don’t remember sitting on the couch with my family watching these contests. But you’ve heard of it, you’ve seen the winners. One way or another, you found out. I think after this series, I understand how terrible they are. But I understood the reasons why these women participated in these contests. This series is not a parody of them. It is a criticism of the people who organize, who sponsor, who carry out these events. I don’t support them at all. I strongly believe that any event that judges, criticizes a person’s body should not be allowed.

Quoted : Anything where someone else has the right to say something about our body should not continue to exist. I remember watching beauty pageants and at some point wanting to represent Oaxaca. But I also knew that I did not correspond to what they showed us on television. But it also happens with novelas, with Fashion Week and modeling. The series turns a mirror on all of these things.

Q: What do you hope people get from watching?

Natasha: Let’s hope that after this series, beauty pageants no longer exist. Women can represent Mexico or anywhere in a healthier and more beautiful way. Competitions focused on sport, mathematics, literature. Things that don’t endanger anyone.