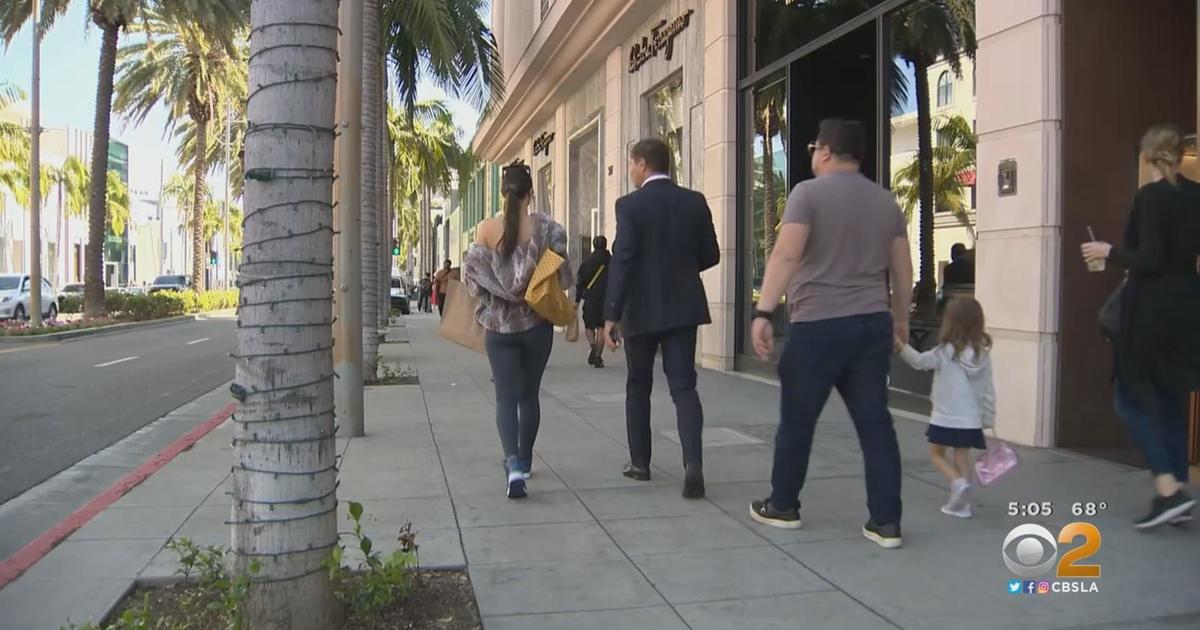 Shoppers and businesses react to more patrols near Rodeo Drive

In recent months, one of the world’s most famous streets, Rodeo Drive, has become a destination for shoppers and thieves in search of designer brands.

Recently, thieves descended on the iconic mall targeting high-end stores for burglaries and robberies, with one group making off with jewelry worth an estimated $5 million.

“I feel pretty safe shopping on Rodeo, but it makes me a little wary when I’m here,” customer Ingrid Wilcox said of the recent thefts. “I just hope something like this doesn’t happen while I’m shopping.”

These brazen robberies have scared off many businesses in the area.

“We have a plastic surgery office where we close during business hours,” said plastic surgeon Dr. Ariel Ourian. “When our patients and clients come in, we open the door, let them in and close the door.”

In response, the police increased patrols with the help of private security companies.

“We have increased the police presence in the area,” Trejo said. “We have also increased the number of armed private security guards patrolling the area.”

In addition to increasing the number of patrols, the police department has increased its use of technology to help prevent and solve crimes.

“We’ve added additional cameras to the thousands of cameras we already have,” Trejo said. “We have a drone pilot program that we use that has produced great results as well.”

News of increased patrols and rising crime in Beverly Hills seems to have discouraged others.

“I imagine someone is going to go where the money is and that’s what that street would be,” visitor Eric Schippers said. “But, I don’t care.”