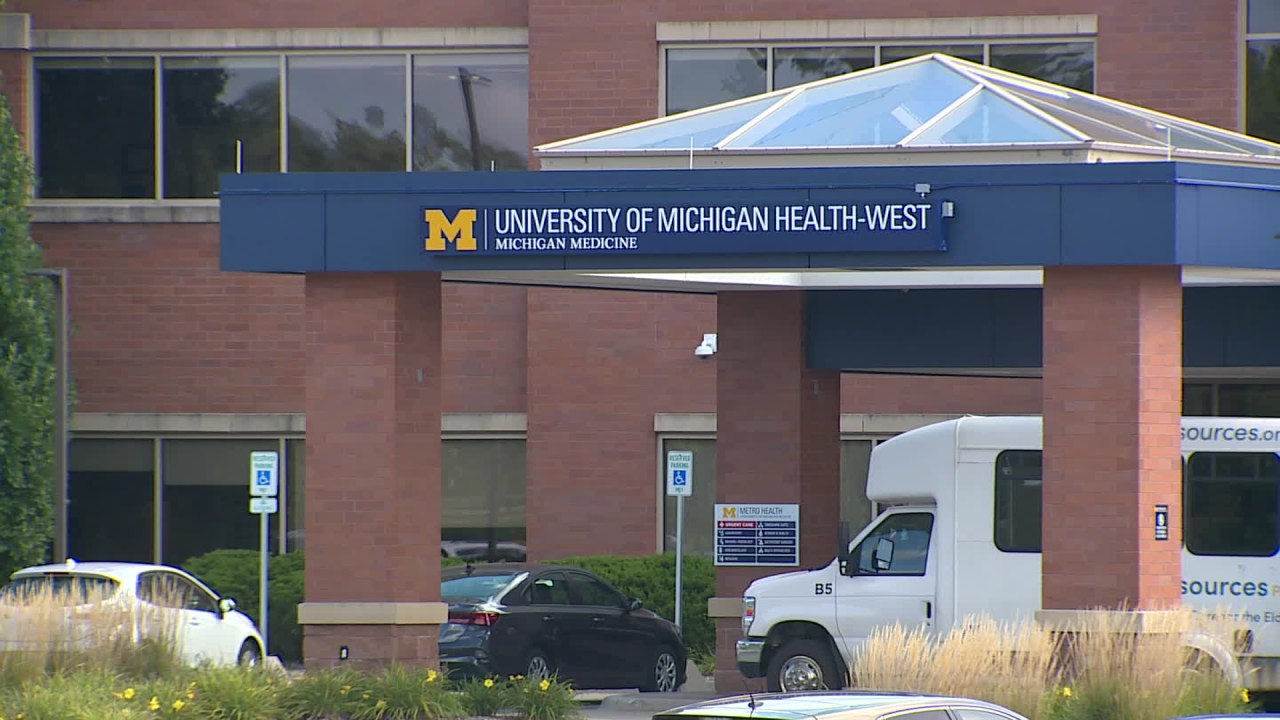 GRAND RAPIDS, Mich. (WOOD) — The University of Michigan Health-West has announced to patients that it is closing a rheumatology program due to long wait times and lack of access. In an internal email obtained by News 8, the president of the medical group described a “broken” specialty and described a department struggling to work with the organization.

The center, located at 4055 Cascade Rd. SE in Grand Rapids, will close Oct. 31. The medical group disclosed the news to patients in a letter dated July 15.

Kentwood’s Debbie Bukovietski has seen rheumatologists around the world for almost 50 years. When she heard that the UM Health-West rheumatology program was closing, she couldn’t believe it.

“They listen well,” she continued. “They worked with me, well with my daughter, and I know other patients who have been there.”

After a report published on September 19, News 8 heard from several other patients and staff who were upset by the decision. A staff member sent News 8 an internal email that medical group president Raki Pai wrote to his colleagues. Another worker confirmed the authenticity of the note.

In the email, Pai acknowledged the potential ramifications of the shutdown.

“Unfortunately, this will negatively impact rheumatology patient care in our community,” Pai wrote. “It will be disruptive for our patients. Just know that these challenges made this decision incredibly difficult, but it is the right decision for the organization.

Rheumatologists do essential work for patients, treating autoimmune and inflammatory diseases that can affect joints, muscles, tendons, blood vessels, skin and more. It is a treatment that can last a person’s lifetime.

Bukovietski said rheumatology is “notoriously underfunded.” She added that finding a good doctor is key because it’s someone patients have been seeing for a long time.

“That’s the thing with rheumatologists: they’re not one and done…they’re with you on this long job for this long journey,” Bukovietski said.

Notably, Pai said, “we struggled to find common ground and compromise working with the department.”

“As we bring new clinical services to our system, these new service lines will work best when leaders, primary care and specialty care physicians work closely together to support patients in our established healthcare system,” said wrote Pai.

In a statement earlier this week, a spokesperson for the medical group told News 8 that the decision to close “became necessary due to long wait times leading to lack of access.”

“All decisions at UM Health-West are based on what is best for our patients,” the spokesperson said.

In the internal email, Pai called rheumatology a “broken medical specialty” with not enough doctors to meet the high demand. He said new patients had to wait “many months to a year to be seen”.

“As many of you know, these are challenging times for rheumatology across the country and in West Michigan,” Pai wrote.

“I don’t see how the wait times mean that everything has to stop,” she said. “It seems like an extremely illogical response to me to close a rheumatology clinic.”

Pai told his colleagues that he recognizes “this is difficult news to receive”. But with these challenges over the past four years, Pai said they don’t see a viable path for the clinic. He also assured staff that no further clinic or service line closures are planned.

The medical group told News 8 that it connects patients with other providers. It also retains all existing appointments until October 31.

“If patients have another preference, we will help connect them with other programs that are also available in the area,” the spokesperson said. “In the meantime, we are coordinating communication between patients, their primary care providers and with their preferred rheumatology provider to ensure a seamless referral process. We work diligently to bring clarity and ensure a warm transition for each patient.

The group’s infusion center will remain open, continuing to provide this service to rheumatology and other patients.