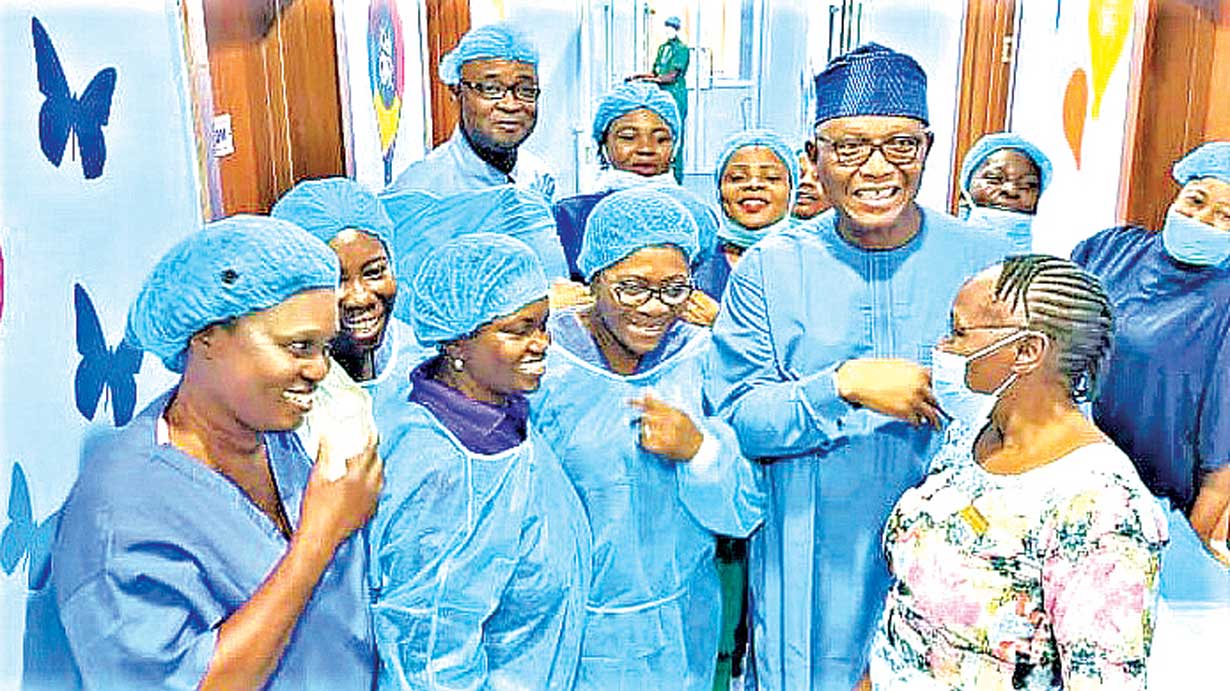 Lagos University Hospital has ordered two-bedroom children’s surgical suites specifically for children requiring surgery. The Center is a $ 450,000 donation from KIDS OR, an overseas charitable philanthropic organization that funds the creation of child-specific operating rooms in high-volume surgical units to improve survival and minimize injury. access issues for children undergoing surgery. LUTH thus becomes the fourth beneficiary of this noble intervention, after the Abuja National Hospital, UNTH Enugu and Kaduna.

Children have a wide range of surgical needs, resulting in a number of birth defects that may require operations or complicate planned procedures. Although children under 14 constitute 45% of the population, arrangements for their surgical needs are included in those for adults in most centers. It is therefore common for surgeons caring for children to stand in line, waiting to operate on children in the same theaters where adults have priority and receive preferential care over children, even in an emergency. Elective cases also suffer from prolonged delays.

Ten percent of Nigeria’s 200 million people live in Lagos. Nine million are children, aged 14 or under. Each year, 2.9 million children need elective surgeries in Nigeria and nearly 300,000 of them reside in Lagos. Despite this high surgical burden on our children, there were no dedicated children’s surgical rooms in Lagos until the Kids OR theaters were recently built at LUTH. These two operating rooms have thus become the flagship of the type and qualitative capacity required for children’s surgery in Lagos and indeed Nigeria.

The journey began in 2018 when the Pediatric Surgery Unit and the Oral Maxillofacial Department (two LUTH units) independently applied to KIDS OR for a grant to establish an operating room dedicated to LUTH’s pediatric patients. These two LUTH applications were then merged into one and KIDS OR agreed to build and equip two suites, one for the free Smile Train program and the other for pediatric surgery, at a total cost of $ 450,000. . The project was well thought out and its execution flawless. The atmosphere is calming, not only for the patients but also for those who work there. Data will be collected from this landmark project to inform future local trends in planning and surgery, as well as in our sub-region.

LUTH Chief Medical Director Professor Chris Bode, on behalf of the LUTH Board, staff and patients, expressed his deep gratitude to Drs. KIDS OR for the deeply impacting donation. He promises, “We will put it to good use for the maximum benefit for all the children who cross our threshold.” “