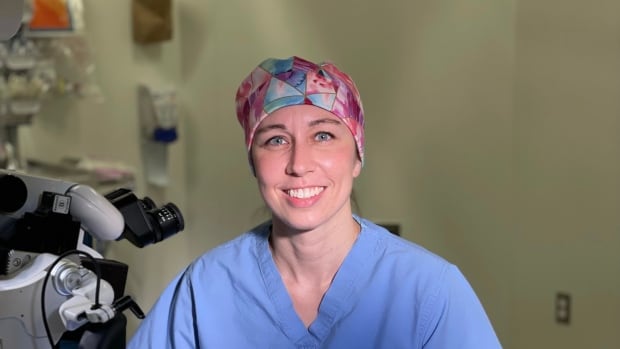 In regional first, a Cambridge doctor performs breast surgery to restore sensations to a patient who has undergone a mastectomy

Surgery that restores sensation to a person’s breast after having had a mastectomy has been performed at Cambridge Memorial Hospital, a first in the Region of Waterloo.

Dr Kathryn Sawa says plastic surgeons are good at making breasts for mastectomy patients, but one thing they haven’t been able to do is restore sensation to female patients.

Until now, mastectomy patients were often unable to feel anything after surgery when they touched their breast. Sawa says she has seen patients who have injured themselves from, for example, the heat from a hot water bottle.

But Sawa, a plastic surgeon and reconstructive specialist, performed a procedure called breast reconstruction with flap without deep innervated inferior epigastric perforation. The goal is to ultimately bring sensation to a person who has undergone reconstructive surgery.

â€œWhat we do is we take the abdominal skin, in fact, which is normally thrown in a small tummy tuck. And we use that to create the breast,â€ Sawa said.

â€œNormally we would just connect the ones with the microsurgery, the connective tissue, the artery in the vein. But with this surgery we reconnect the little nerves in the chest to the nerves in the abdominal tissue and it potentially gives the patient a sensation.â€

The process of feeling again can take about a year or more. Sawa says it remains to be seen whether the patient who underwent surgery at Cambridge Memorial Hospital earlier this month will regain his feelings. The hospital refused to connect CBC KW to the patient for confidentiality reasons.

Sawa said those interested in the surgery should speak to their doctor.

“Not everyone is a candidate for this operation,” Sawa said. “Maybe it’s just because of their body type, anatomy, and other medical conditions.”