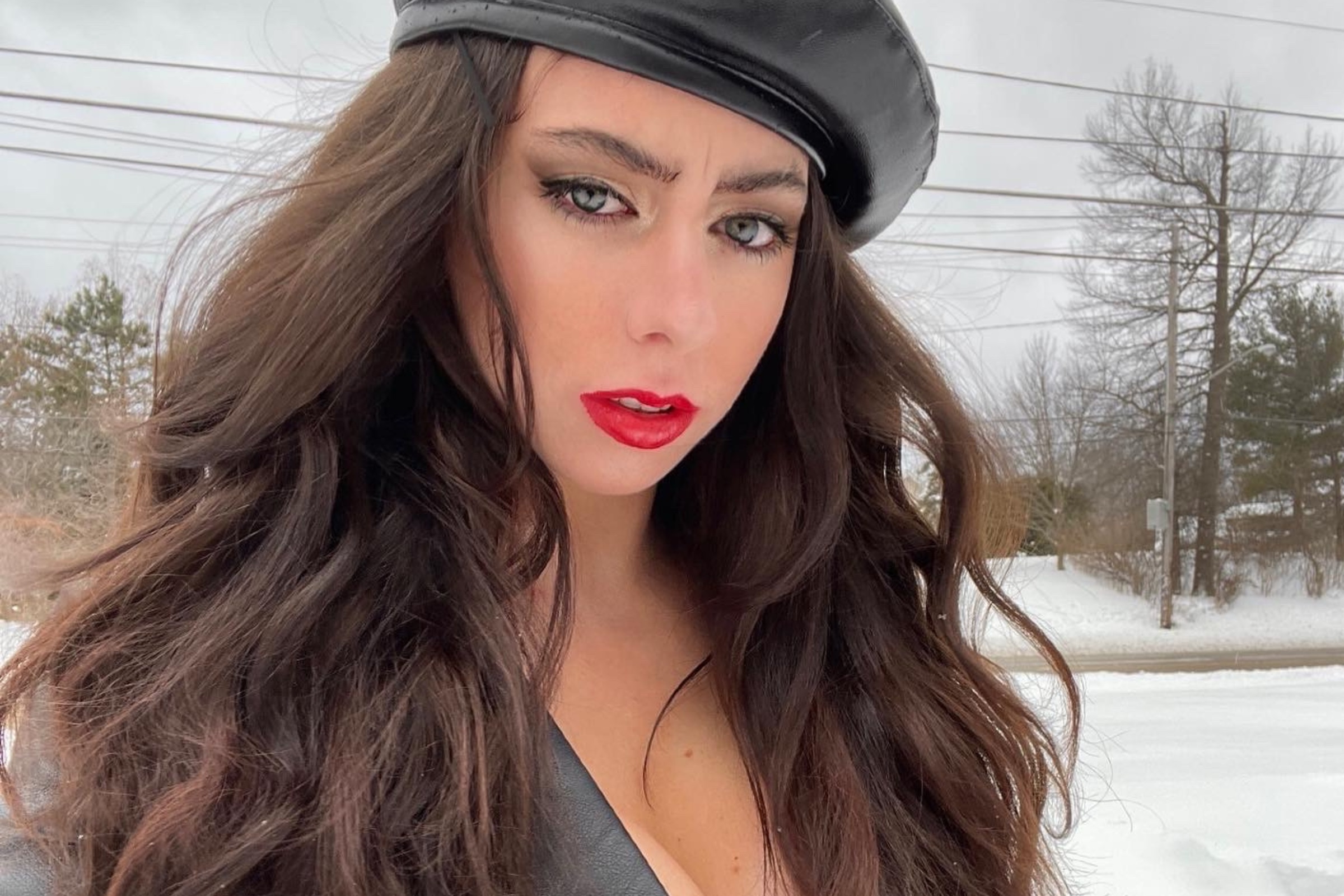 I always tell my daughters that their value has nothing to do with how they look. They are all so beautiful, but their worth isn’t defined by their beauty or the size of their breasts, that’s not what makes a woman special or important.

But growing up in Cleveland, Ohio, my own body image was very different. I was a teenager in the early 2000s, when being super skinny was all the rage. All the popular celebrities were super thin, it was like you weren’t a size zero then you were overweight.

In high school, people called me the ugly duckling, they said I was the least attractive of all my stepsisters. I was chosen for everything; I didn’t have big boobs, my hair was too curly, I had too many freckles, and my eyes were too green. I was still very conventionally pretty – I just wasn’t blonde with big tits and captain of the cheerleading team.

Most of the women in my family have bigger breasts than me. We’re all pretty short, I’m 5’6″ and the tallest of my relatives. In school, I never weighed more than 120 pounds.

I knew my stepsisters must have inherited bigger boobs from my father’s side of the family, but I always thought, “How come I don’t have big boobs like my mom?” Later I found out she had implants, so they were never on the cards for me genetically.

I’ve always been a confident person, but I constantly felt like something was missing. In college, I was in a bad relationship, where I lost a lot of weight. I was already petite but lost an additional 15 pounds so my bra size got even smaller.

After graduating in 2015 my breast size still bothered me, every time I looked at my chest I thought of all the mean things people had said to me about my body over the years.

By this time, the pendulum of beauty ideals had swung the other way and having curves had become popular; many women were undergoing surgical fat transfers to change their bodies. Around the same time, a relative of mine gave birth to her first baby, and soon after, she decided to get breast implants. They looked amazing. I spoke with my family and friends about the possibility of having surgery.

While some of them thought I should wait to have kids, others were really supportive. So I decided to see the same surgeon as my family member. In 2017, I paid $6,200 for breast implants.

The surgery itself involved a very small incision, only a few inches just below the bottom of my breasts. I was back at work the following week, but I had bruises and pains. And, I was really pumped up; I looked nine months pregnant. It was crazy. My surgeon did a great job, but early on I thought they were too big. I had gone from a large B cup to a double D cup, which was a huge change.

Immediately after the implants, I started getting a lot more attention from men. People had always gossiped or flirted with me before my surgery, but it got to a pretty obnoxious level.

If I walked into a bar wearing a low-cut top, I felt like the whole room stopped and turned to look at me. It was really weird. Women would stop me in the bathroom and say, “Oh my god, you have the most beautiful tits I’ve ever seen!”

I was also uncomfortable no matter what I was wearing. If I chose a t-shirt, I would look boxy, but tighter clothes looked very revealing. I felt like everyone was judging me based on the outfit I wore.

I then got married in 2019 and got pregnant with my daughter in September. Until then, I had had no physical problems with the implants. But as you progress through pregnancy, your body and your hormones change. It affected my breasts a lot.

When you have implants, your body reacts to the foreign object you placed inside. When you have an organ transplant, you are normally given anti-rejection medication, but I had none with my implants.

My body formed a sort of capsule of scar tissue around the implant to try and protect itself, but I developed stage four capsular contracture, which means the scar tissue is tightening up and compressing the implant. So instead of being spongy and feeling like a breast, my breasts felt hard. Because the implant was so tight, it gave me creases around the edges. If you bend a circle, it starts to form a point, so the implants started going through my skin. They looked like little buttons.

I had chronic neck pain and tension headaches, which were so bad that I sometimes had to sleep all day. I had back spasms, pinched nerves in my neck, fatigue and low libido – which I believe were somehow related to my implants.

When I was breastfeeding my daughter, I kept getting horrible mastitis. I was constantly burning and in pain. The doctors had to check that I didn’t have breast cancer because they didn’t know what lumps I had developed, which was terrifying. I had just got married and had a baby, it was really difficult.

As of 2020, the problems continued to escalate; my breasts were so sore that i couldn’t hold my child or have sex with my husband. Any pressure put on them was excruciating and I knew I couldn’t live like this anymore, so I started looking for ways to remove the implants.

I saw several doctors in different places, all of whom said my insurance would not cover their removal. I saw regular doctors for my health issues and a physical therapist for my neck and back pain, but there was nothing anyone could do to get it covered as it was initially cosmetic surgery.

All consultations cost between $50 and $100 each time, but the actual surgery to remove my implants was $8,400. When my doctor asked me for a picture of what I wanted them to look like, I showed him my old breasts.

At the end of May this year, my implants were finally removed. The operation was definitely worse than the first time, it’s a much more serious procedure.

Then I had stitches on both sides of my breasts and drains coming out of the corners. It was terribly uncomfortable and itchy, I walked bent over like a little old man.

But despite the pain I had, immediately after the operation I had so much more energy. I woke up feeling like I had the best sleep of my life. I felt amazing, like a weight had been lifted. I could breathe better and my libido was back. I felt like myself again.

Recently I went for a checkup because I was having some issues. Turns out I also need a nipple revision to cut out some extra scar tissue and need to wait a full year for the operation, so my breasts can fully heal. The cost is covered by my original removal procedure, but that means I’ll have to deal with more scarring, more pain, and more appointments. It’s like an endless process.

I’m so glad I got rid of my implants, my overall health and mental attitude has changed dramatically since they were removed. People made me feel like I wasn’t good enough, I wasn’t pretty enough because my value was based on my chest size and that’s not true. This is not life, your body has nothing to do with your beauty, your intelligence or your beauty.

Jodie DiFranco, 29, is a content creator who lives in Cleveland, Ohio, with her husband, daughter, and two stepdaughters.

All opinions expressed in this article are those of the author.

As told to Monica Greep.

The dark side of medicine

Reports of problems during Dallas Surgical Center procedures are mounting