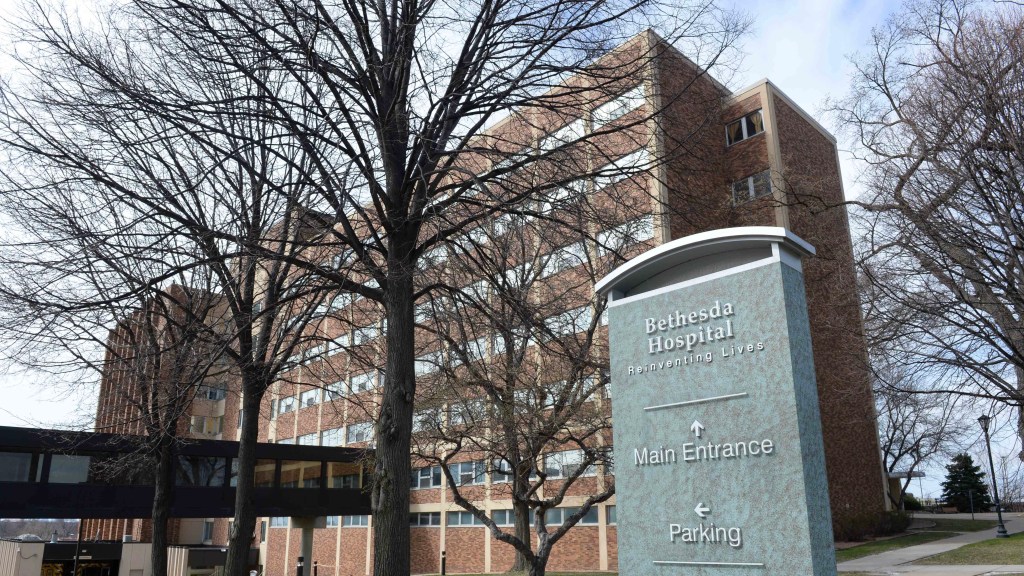 Despite broad consensus that Minnesota needs more capacity to treat people with mental illness, a proposed new 144-bed hospital for St. Paul faces opposition from advocates and an uncertain path to through the Legislative Assembly.

Several mental health advocates testified against the plans last week before the House Health Policy Committee, which heard a proposal to drop the state moratorium on building new hospitals. The gel is in place to ensure that any new installation will be sustainable over the long term.

M Health Fairview and partner Acadia Healthcare need Legislature approval to build the new specialty facility, priced up to $65 million, on the site of the existing Bethesda Hospital, just north of the State Capitol.

“I want to be clear, we want more beds, but beds that are in a regular hospital with an emergency room,” said Sue Abderholden, executive director of the National Alliance on Mental Illness, or NAMI of Minnesota to lawmakers during a recent hearing.

Abderholden and other mental health advocates worry that the specialty hospital M Health Fairview hopes to build with Acadia Healthcare will meet the most persistent care needs: the homeless, people with other serious health conditions and low-income people. public assistance.

Advocates are concerned about the impact on services when St. Joseph’s Hospital ends mental health services later this year. There are approximately 11,300 mental health beds in Minnesota and more than half are in the Twin Cities metro.

There are also concerns that federal rules around Medicaid reimbursement and large mental health facilities could mean the state is responsible for covering the cost of longer-term care for patients without private insurance.

“That’s the model they’re proposing. Having a stand-alone facility raises a lot of issues,” Abderholden added in an interview, saying that ideally there would be more mental health bed capacity in existing hospitals.

“If we’re going to put all this money into our mental health system, let’s do it the right way,” she said.

The committee also received written testimony from several health care groups in the region, including HealthPartners, which operates the regional hospital and its mental health unit. These groups expressed concerns about gaps in care and the overall impact the new facility would have on the existing system.

Executives from M Health Fairview and Acadia Healthcare say opponents have misinterpreted how the new facility will operate. They say the new hospital will continue their organization’s charitable care mission and be open to everyone.

“No patient will be denied care at the new hospital because of their insurance or ability to pay,” said Beth Heinz, manager of mental health and addictions services at M Health Fairview.

Heinz added that the facility was designed for a new approach to treatment with the safety and dignity of patients in mind and would be a “home-like” setting. Rather than the typical institutional hospital, the proposed facility would also include elements such as gymnasiums, outdoor spaces, and restaurant-style food service.

“It’s very different from a traditional hospital,” she said. “The whole mind and body is taken into account.”

Richard Levine, a psychiatrist from M Health Fairview, says this approach has proven to be a more effective way to treat mental illness.

Although the new facility will not include an emergency room or intensive care unit, there will be primary care doctors on staff along with psychiatrists and other clinicians. Jeffrey Woods, president of Acadia Healthcare’s operations group, said the new hospital should be able to treat all but the most serious medical conditions while addressing mental health.

“We have a complex and comprehensive ability to care for the whole person,” Woods said. “If they need an intensive care level of care or a surgical level of care as the primary reason for admission, they are usually best served in an acute general hospital.”

Members of the Minnesota Nurses Association, which represents about 80% of nurses working in hospitals in the state, said in testimony before the House Health Committee that Acadia has what they consider to be a dubious record. They also raised concerns about staffing and maintaining current processing capacity in the short term.

The nurses said Acadia Healthcare, which serves about 70,000 patients a day and more than 200 facilities in 32 states, faced allegations of staff and patient abuse, paid a Medicaid fraud settlement of $17 million and was accused of misleading investors.

Daniel Clute, a nurse at St. Joseph’s Hospital, where only about half of the 100 available mental health beds are functioning due to understaffing, said Fairview’s recent history of mergers, closures and moving services was troubling. He noted that St. Joe’s beds will be closed later this year and the new facility won’t open until 2023.

Clute added that Acadia’s for-profit designation and past issues raise even more questions and could discourage nurses from working there.

“Let me tell you, nurses will do their research and be hesitant to take jobs,” Clute said. “You can have the most beautiful facility in the world, but you still have to staff it.”

Chelsea Schafter, a nurse at Fairview Riverside, expressed concern about moving some of the beds currently at St. Joe’s to her hospital. She says staffing is always a challenge and can lead to unsafe working conditions.

“I can’t remember a time when we were fully staffed,” Schafter wrote to the committee. “The burnout we are experiencing is real. We help people through some of their darkest and most difficult days. »

Heinz of M Health Fairview noted that once the proposed facility is built, there would be a net increase in mental health beds. She said Acadia was chosen as the project partner after extensive research.

The new hospital would be operated by Acadia, but Fairview suppliers would work there and oversight would be shared between Acadia and M Health Fairview.

“We had a very thorough vetting process,” Heinz said. “I am confident that we will provide world class service and high quality care with Acadia as our partner. »

“We have a very low incidence of adverse events in our hospitals,” Woods said. “When you measure our hospitals’ quality data and outcome data against industry and national averages, we are at or better than all of them.”

For the project to move forward, the state legislature must approve an exemption to the state’s moratorium on new hospitals. Rep. John Huot, DFL-Rosemount, the lead sponsor of a bill authorizing new construction, stressed the need for more mental health care.

“A location to serve the metro and surrounding area will create better access and ensure more people can get the safe, quality care they need,” Huot said.

But Rep. Tina Liebling, DFL-Rochester, said plans for the project had technically not been submitted early enough for the Legislature to take action this session. Typically, applications are subject to a six-month public review process.

“It’s quite painful for me to see how late these things are submitted,” Liebling said. “That won’t be the end of the conversation.”

M Health Fairview first filed documents on the project in November and followed up in December. It happened as soon as Acadia was chosen as a partner, Heinz said.

Any delays by the legislature would mean the new facility would not open as planned in 2023.

“I think there’s an urgent need in the community,” Woods said. “It’s not going to diminish.”

How is your credit score calculated? | Credit card

Graduates of the School of Nursing 107 Bachelor of Science, Honors students 91…