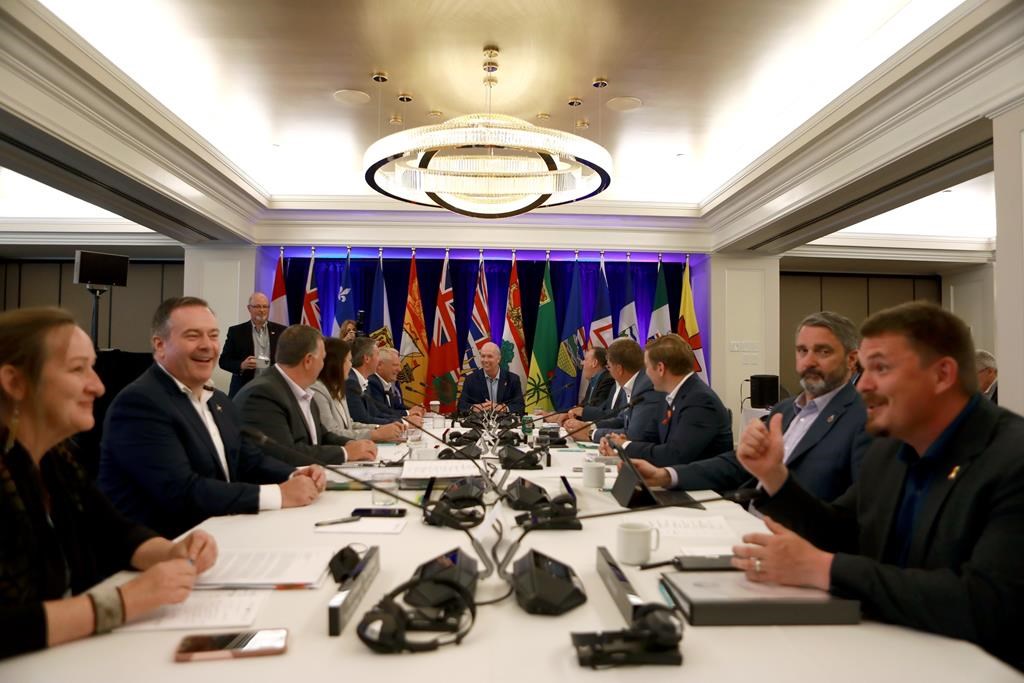 Much of it is an additional $2 billion in health transfers that the federal government promised provincial and territorial governments in March, mostly to help reduce surgical backlogs.

Freeland says the funds can now be transferred because the budget bill that contained them was passed on June 23.

But the transfer also comes days after the premiers sharply criticized the federal Liberals for not bearing the brunt of health care costs enough.

Thursday’s transfer fulfills a Liberal campaign promise to give provinces and territories an additional $100 million to improve air quality in classrooms.

It also includes the $750 million pledged in February to municipal governments to handle plummeting public transit revenue due to the pandemic.

The one-time top-up to health funding was promised by Health Minister Jean-Yves Duclos on March 25, and he and Freeland co-sponsored a bill to enable such spending on the same day.

But that bill was never debated, and the Liberals instead included the funding in their budget bill, which was introduced a month later.

Duclos said in March the money was intended to help provinces “speed up” surgeries. Waiting lists for most surgeries swelled during COVID-19 as hospitals delayed elective surgeries due to an influx of COVID-19 patients.

Duclos said earlier this week letters were being signed with each province to finalize payments when the premiers meet in British Columbia.

Premiers have said these one-time supplements are not enough to repair the damage the pandemic has done to their health systems, and they want the federal government to increase its share of health funding permanently.