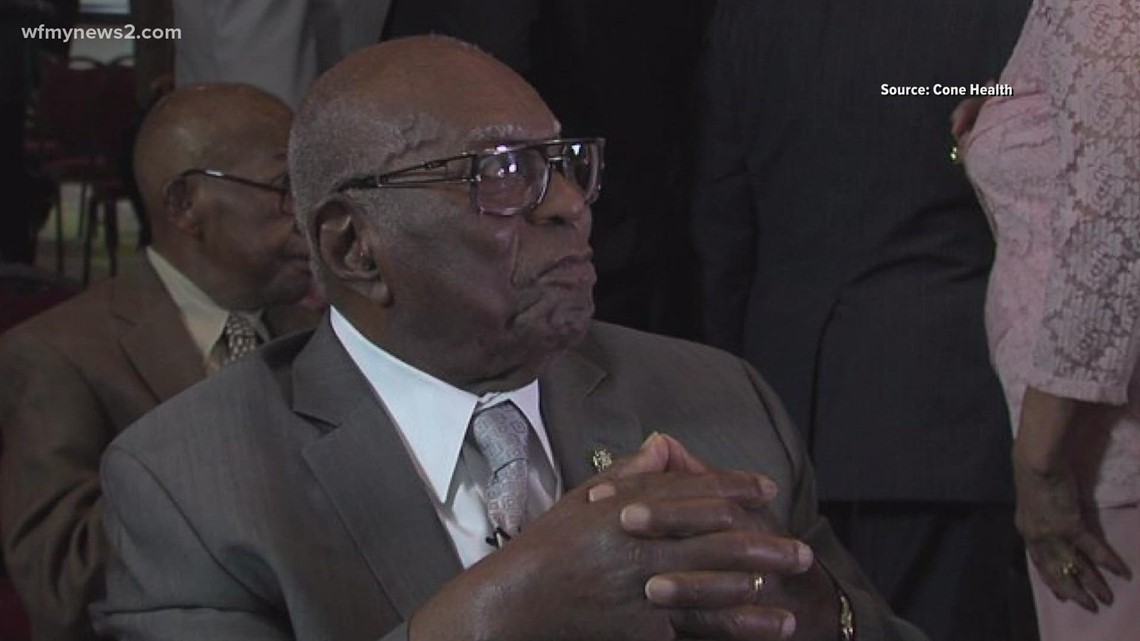 Modern medicine owes Dr. Alvin Blount of Greensboro more than it could ever pay him.

GREENSBORO, NC – Where would we be without Dr. Alvin V. Blount Jr.? That’s a question I’m glad we don’t have an answer to.

Greensboro’s history is filled with big names who changed the world, including Dr. Alvin Blount Jr. He and his colleagues played a major role in the desegregation of hospitals across the country.

Although he is no longer with us, I had the pleasure of speaking with two of his children about the legacy left by their father.

Dr. Alvin Blount Jr. was a revolutionary, graduating from North Carolina A&T State University in 1943 with a double major in chemistry and math.

In 1952, Dr. Blount was deployed with the 8225th Infantry Division which served in Korea. According to Dr. Blount’s eldest son, Terry Blount, while in Korea, Dr. Blount and his team performed nearly 100 surgeries a week.

Dr. Blount’s daughter, Gaye Holmes, told us “That rank made him the first black surgeon in a MASH unit.”

When Dr. Blount returned to the United States, he quickly became the first black American from North Carolina to be certified by the American College of Abdominal Surgeons in 1957.

According to Dr. Blount’s eldest son, Terry, “My dad probably had one of the biggest medical practices in the state, because he was the only qualified black surgeon. He did all of these surgeries at L. Richardson (now l Kindred Hospital)”.

In 1962, Dr. Blount and eight other doctors, black physicians, and their patients sued Wesley Long and the Moses Cone Hospital, claiming the hospitals were denying privileges and services to patients because of their race.

Dr. Blount and his colleagues changed the landscape of modern medicine and within six months of the decision, 6,000 hospitals nationwide were desegregated.

“It opened the door for young men and women to enter the medical profession because there were more places for them to train. At the time, black people could only go to Howard or Meharry Medical College.”

According to Gaye, “He was a surgeon until the late 1960s, I believe, and he still practiced medicine until a few months before he died at 94. His first love was A&T and his second was medicine. “.