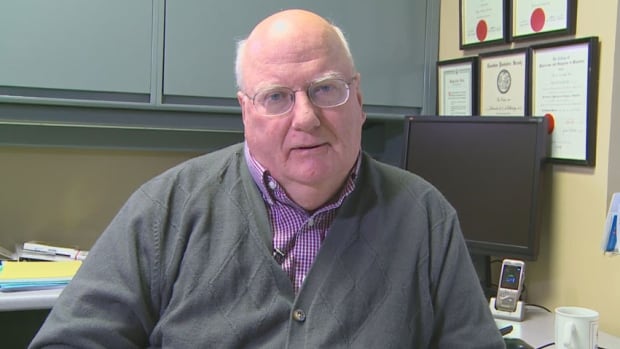 The registrar of the College of Physicians and Surgeons of New Brunswick said the province could be heading for “a mess” with the lifting of COVID-19 mask mandates on Monday, and he blames politics.

Dr. Ed Schollenberg made the comments in response to a complaint against Dr. Jennifer Russell, the province’s chief medical officer of health.

Jessica Bleasdald of Fredericton wrote to Schollenberg saying Russell had provided no medical evidence or scientific data to support her recommendation to remove masks, especially in schools.

Bleasdale argues the decision will result in the “reckless endangerment” of children and people with disabilities, including her two sons, aged 10 and 12, one of whom is disabled and requires close contact individual assistance, as well as elderly and vulnerable people. populations, and cause “undue harm to women who most often occupy care positions as teachers, nurses and mothers caring for sick children”.

This goes against the primary goal of all doctors to do no harm and prevent disease whenever possible, she explained in her email.

This is “at best an error of judgment and at worst total negligence”, she alleged.

Schollenberg responded Thursday, saying: “At the end of the day, these decisions are made by politicians, with whom [Russell] cannot openly disagree with.

“That said, we risk a mess if we follow other provinces in just starting to party.”

Bleasdale says she was “shocked”.

“To find out that Dr Russell is unable to contradict the politicians who make the decisions is totally unacceptable when we are told that public health is the one making the decisions.”

She pointed to a number of social media posts by Education Minister Dominic Cardy.

“I continue to be unwilling to go against public health recommendations,” Cardy posted on Twitter in response to calls to keep face coverings in schools.

“There is no political pressure,” he wrote.

Russell could not be reached Thursday for comment. She is attending a medical conference and is unavailable, Department of Health spokesman Bruce Macfarlane said.

“Russell has not yet received any correspondence related to this type of complaint,” he added.

“There is no political influence in this,” he told reporters on Thursday. “That is a completely false statement.”

Schollenberg stands by his comments.

“I know at least three chief medical officers [in three provinces] who were fired because they disagreed with their bosses,” he said, citing New Brunswick’s Dr. Eilish Cleary, who said she was fired in 2015, as an example.

“So it’s a very vulnerable position, and you can kind of see it when there’s tension.”

When asked if he believed what Russell recommended in government affairs, Schollenberg replied, “Of course.”

But he noted that his job is to make recommendations, it’s the government that decides what to do.

“You don’t do public policy on the basis of ‘I’m tired of what we’re doing’, which I’ve heard from some politicians – ‘I’m sick of it, we have to move on. ‘”

Schollenberg said he thinks there are “a lot of people” who would like masking in public spaces to continue for “a while”, including himself.

“I’m still very annoyed that we can’t get the last 20% of the unvaccinated to move, and we haven’t found a way to do that.”

Vaccination rates remained unchanged on Thursday, according to the COVID-19 dashboard. A total of 50.5% of eligible New Brunswickers received their booster dose of the COVID-19 vaccine, 87.3% received two doses of vaccine and 92.9% received one dose.

“It got worse, and they will continue to be a problem forever, really, because the virus is always going to be there and people who aren’t vaccinated are going to spread it,” Schollenberg said.

That said, he suggested filing a lawsuit against Russell with the college is not the right mechanism.

“People used to complain about government policies at the beginning, end and middle. You know, we’re not the right way to do this. If you have a problem with a government policy, you deal with the government.”

He also noted that there was no accountability for actions taken based on the emergency order. “So she would be safe from a lawsuit or, I think, even a complaint,” he told CBC News.

When Bleasdale then asked Schollenberg to clarify whether he would file his complaint, he replied: “It’s a bit complicated legally. … That said, it might be best to avoid such speculation and just start with a complaint.

“We send it to the doctor who must answer. Any answer is transmitted to you. We then often obtain the opinion of an expert. And possibly, try to regulate the problem, to provide you with an answer.”

Bleasdale said she hopes her complaint will at least prompt a release of information, “about what scientific data may possibly exist that contradicts medical experts in child health across the country.

“What is the science that even contradicts Canada’s public health officer, Dr. [Theresa] Tam, who says masks are needed right now?”

Bleasdale noted that the Canadian Pediatric Society and a Child Health Coalition made up of some of Ontario’s top hospitals have issued statements calling on governments not to remove protective masks as child vaccination rates are low, recall rates are low and transmission rates are high.

“The science of this past [two] years has more than shown that COVID-19 is not like the flu. This coronavirus is an airborne virus that damages the brain, heart, circulatory system, liver, pancreas and kidneys, as well as the lungs. »

Bleasdale is particularly concerned about recent reports of the long COVID and the impact on the brain, given her son’s neurodevelopmental disability.

“I can’t get him the help he needs in the school and health system already. What will it be like if he gets sick and has other problems?

“And what’s it going to be like when I’m fighting for the limited resources we have, when all these other people are now going to have long COVID symptoms from just letting COVID run rampant?”

There have been 12,889 cases reported in schools since the start of the school year – more than 10,400 of them in the last month, the Department of Education COVID-19 Dashboardwhich has been abandoned, is displayed.

Okay, I’m open to listening to the science you say public health has presented that contradicts all the top medical experts on child health in Canada. Can you ask Dr. Russell to give a media presser before Monday to present his compelling data that contravenes Dr. Tam? I have to see it. pic.twitter.com/fITVIJvGqz

Bleasdale argues that masks are the easiest and most cost-effective way to prevent the transmission of COVID-19.

The Department of Health spokesperson told CBC the decision to drop masks, including in schools, was based on the COVID-19 winter plan and “moving through the tiers.”

“This was based on several factors including modeling information, hospital capacity, vaccination levels, including boosters (now over 75% of the population aged 50+ have received a booster dose),” Macfarlane wrote in an emailed statement.

“The measures and restrictions put in place, including moving to Level 3 to manage the Omicron spike, have gotten us through this phase of the pandemic and most New Brunswickers have done their part.

Public health continues to encourage mask use based on personal risk assessment and choice, Macfarlane said, and schools will continue to work to maintain a supportive environment for everyone, including students. and staff who wish to continue wearing a mask.