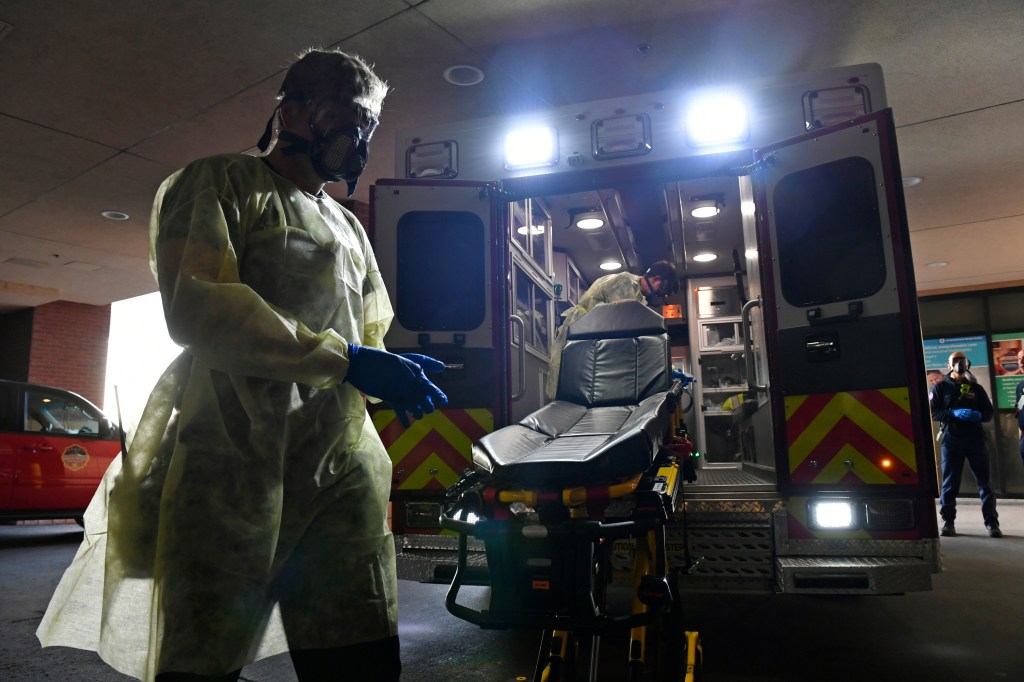 If the COVID-19 situation in Colorado does not improve in the coming days, the state could call for federal reinforcement, stop elective surgeries or even allow hospitals to ration care, the state said Thursday. Governor Jared Polis.

As of Thursday afternoon, 1,167 people were hospitalized with confirmed COVID-19 in Colorado. That’s 24 less than yesterday, but it’s not uncommon for the numbers to rebound, meaning it will take several days of declining hospitalizations before we can say for sure the worst is over.

If the situation does not improve in the coming days, the state still has five levers to pull, Polis said:

A plan to distribute antibody treatments is already underway, with two buses delivering them starting Monday and three more later, Polis said. Monoclonal antibodies are laboratory-produced versions of substances the body makes to help fight the virus and must be given intravenously. They greatly reduce the chance that a person will be hospitalized if given in the first few days of an infection, but not as much as getting the vaccine.

“Unless the cases go down, you’ll see a couple of” of the other options in the next few days, Polis said.

The state is prepared to apply to FEMA, if necessary, Polis said. Some hospitals have already stopped performing elective surgeries, ranging from knee replacements to tumor removal, to keep beds open in their intensive care units.

The Colorado Hospital Association reactivated a center to coordinate transfers in August, but an executive order could remove barriers within the voluntary transfer system, said Dr Eric France, chief medical officer for the Department of Public Health and Colorado environment. It would also allow Colorado to coordinate with neighboring states.

â€œThe goal is to make sure all beds are used appropriately,â€ he said.

Activating crisis care standards is usually a last resort, as they tell hospitals and other providers how to operate when their resources are depleted and provide legal coverage if they cannot deliver what is normally considered to be a crisis. minimum acceptable care. For example, under crisis care standards, a hospital without enough beds in its intensive care unit would have a procedure to follow, to prioritize care for patients sick enough to need an intensive care unit, but more likely to survive than others. Patients on the losing side would still receive the care available – they wouldn’t just be left behind – but they might not get the resources that would give them a better chance of survival.

During the fall 2020 outbreak, the state activated Crisis Standards to increase emergency medical response personnel and resources. These standards were deactivated in mid-February.

State officials said reinstating a mask warrant or capacity limits was not an option, although they encouraged local health departments to consider doing so if conditions warrant it in the future. their regions. At least one county said any warrant should come from the state to be effective, according to the Ouray County Plaindealer.

Polis has also announced plans to host mass vaccination sites for children aged 5 to 11 in the coming weeks, assuming the director of the Centers for Disease Control and Prevention approves smaller doses of the Pfizer vaccine. for this age group, as expected. Clinics are planned at Denver and Pueblo zoos, and the state has offered resources to schools that would like to host vaccination events, he said.

â€œVaccines are the strongest layer of protection we can offer children,â€ he said.