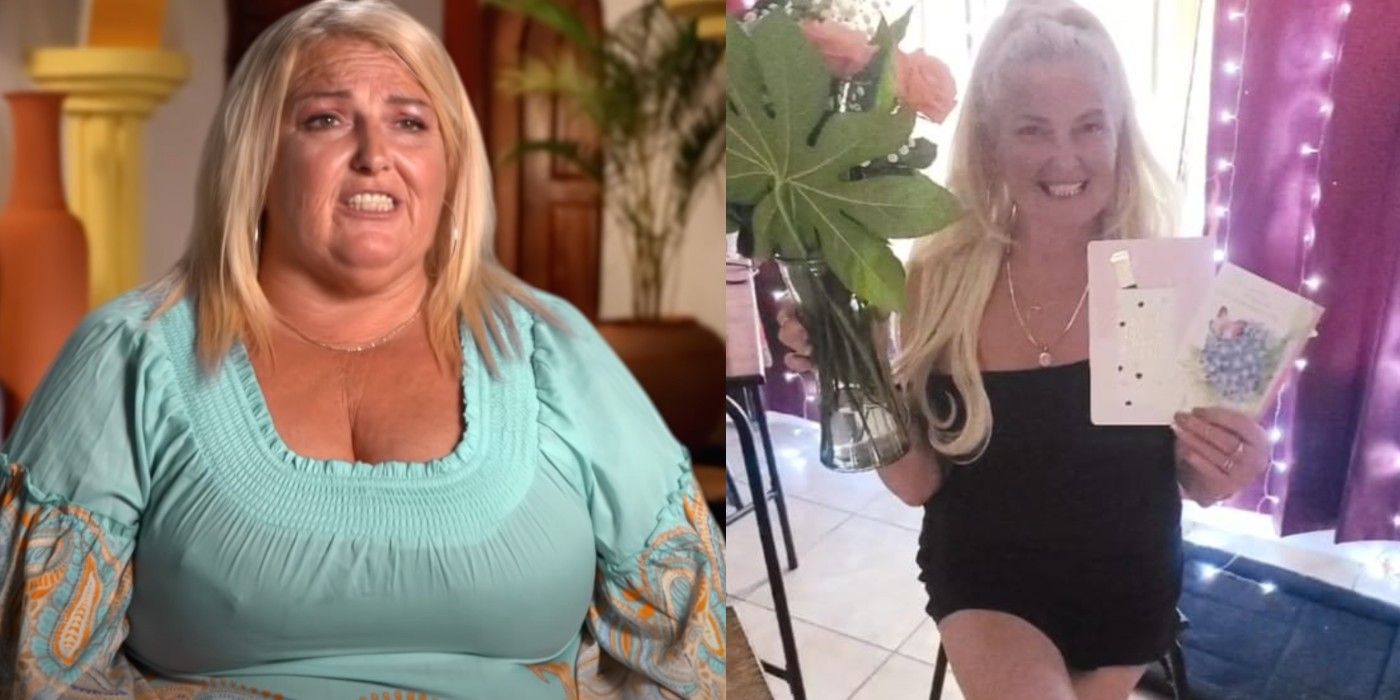 The 90 Day Fiancé stars’ weight loss journeys aren’t always amazing. Take a look at the downsides of three of the most dramatic weight loss makeovers.

While 90 day fiance is a reality TV show, sometimes the cast members go through weight loss journeys that don’t always go as planned. It’s no surprise to find a different star overnight in an Instagram post or on TV. Very often, 90 day fiance Weight loss successes are applauded by TLC viewers when they feel it was done because of a health issue and not peer pressure. A long list of cast members have gone under the knife to achieve their weight loss goals, showing that plastic surgery for weight loss isn’t quite as taboo.

However, why they decided to lose weight, regardless of the method, has not always been pleasant. In this case, the horror isn’t being used to describe how these stars behaved after losing weight, but rather the experiences that led them to their slimmer figure. Someone had to deal with a tragic breakup or even lose a stable job.

Then there’s a cast member whose weight loss has been a concern for 90 day fiance fans, because they worry every time they debut a new makeover. The mystery of trying to find out what a particular star looks like after losing weight is what makes their story about 90 day fiance worthy of interest. However, things get upsetting when fans reach out to the stars with mean comments about their new looks.

In September 2020, Larissa revealed her new body which she reportedly spent $72,000 to look like Kylie Jenner with plastic surgery. At the time, 90 Day Fiance: Happily Ever After? season 6 had documented Larissa’s love of cosmetic procedures following her divorce from Colt Johnson. However, within nearly a week, Larissa was fired from 90 day fiance by TLC. Larissa confirmed via statement that it was because of her association with CamSoda. Larissa had appeared on an adult lingerie webcam show on the live streaming platform. Larissa was also arrested by ICE the day after her CamSoda appearance. All in all, Larissa barely got to bask in the praise for her expensive new body. She was no longer a 90 day fiance cast member; however, if she hadn’t been fired, she could have capitalized on her new body transformation in a new spin-off as Angela Deem.

Speaking of Angela, she’s also had a pretty cool journey with weight loss and plastic surgery. Angela first decided to lose weight when she gained 25 pounds and was scared to death. Angela felt short of breath despite weighing 273 pounds, but her husband, Michael Ilesanmi, did not want her to lose weight. On the day of her procedures, Angela thought having five a day was a good idea. However, fans remember that she was under anesthesia for six hours, which could have led to major complications. Angela was able to recover and lose 100 pounds after the weight loss surgery, but didn’t get the feedback she expected from Michael or the fans. Michael poked fun at Angela’s small breasts, and his Instagram comments were full of criticism referring to Angela as a “skeleton“, believing that she has gone too far with the weight loss. At the time, viewers thought that Angela looked older than she was, but as of now, she starts to look healthy.

the 90 day fiance Darcey Silva is the actor receiving the most criticism for his weight loss makeovers and plastic surgeries. In fact, the last two seasons of Darcey & Stacey’s mother has been all about Darcey getting a “twin transformation” with his sister Stacey. In Darcey & Stacey season 3, the twins traveled to Turkey for their “spiritual journey” and came back cured. However, fans discovered that the plastic surgery center they visited had disturbing reviews from former clients online. Clients have complained of botched surgeries and allegedly had post-surgery infections. While Darcey and Stacey reported no complications after their procedures, their latest looks were declared extreme by TLC viewers. Even though their new waists are thinner than ever and ripped from the gods, 90 day fiance fans are still worried about the Silva twins.

90 Day Fiancé: Jasmine reveals glamorous evolution in before and after photos

Saylee Padwal is a feature and news writer for Screen Rant where she covers Reality TV. Likes to spend his free time watching his favorite horror movies, crime documentaries and exploring local cafes.