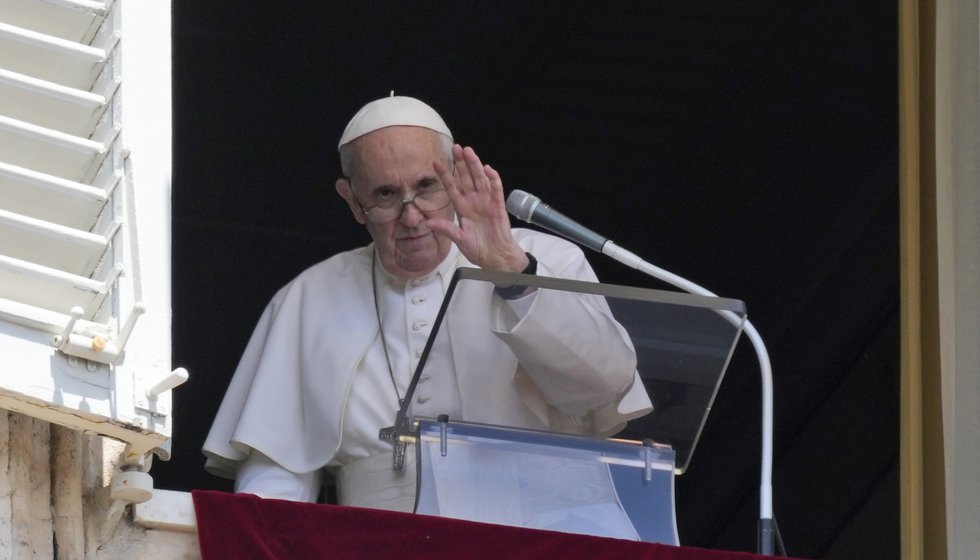 2 weeks after the operation, Pope Francis appears at the Vatican window

VATICAN CITY (AP) – Two weeks after surgery that removed part of his colon, Pope Francis resumed his weekly appearances from a window in the Vatican on Sunday to bless the faithful in St. Peter’s Square.

Francis, 84, looked cheerful but somewhat breathless at one point while talking for 14 minutes.

Exactly a week earlier, Francis had delivered the blessing from a hospital balcony and expressed his deep gratitude to all the medical staff who cared for him. The pontiff underwent bowel surgery on July 4 to remove part of his colon after intestinal narrowing.

Without mentioning his own ongoing recovery, Francis stressed in his remarks the importance of taking a break. He recommended â€œrest, contemplation and compassion. Let’s take advantage of the summer for that.

After giving his blessing, Francis cited some dark current events. He expressed his closeness to the victims of the floods, which killed at least 180 people, in Germany, Belgium and the Netherlands. He also deplored the violence in South Africa, stressing South Africans’ desire for harmony. The Pope cited the unrest in Cuba, expressing a prayer for Cubans to have a â€œmore just and fraternal societyâ€.

Towards the end of his remarks from a window of the Apostolic Palace, improvised at times and after pausing once to cough, Francis looked a little out of breath. But he ended with a loud and cheerful invitation to the crowd as he always does to â€œhave a good lunchâ€ and pray for him.

The crowd of several hundred applauded loudly. Some held national flags and at least one homemade banner, with a red heart and â€œI love youâ€ in Italian written on it.

After 10 days in the large Catholic hospital in Rome, Francis returned home to the Vatican on July 14.

Apart from the Sunday noon meeting to offer his blessing to the faithful gathered in St. Peter’s Square, the pontiff has no other public appearances planned for the rest of July. Even before the announcement of its operation, the Vatican had said its weekly general audiences on Wednesday would not take place in July. It is in keeping with the past years of his papacy, which allow him a little summer break.

Hours before going to hospital for surgery, Francis announced he would be traveling to Hungary and Slovakia in mid-September.